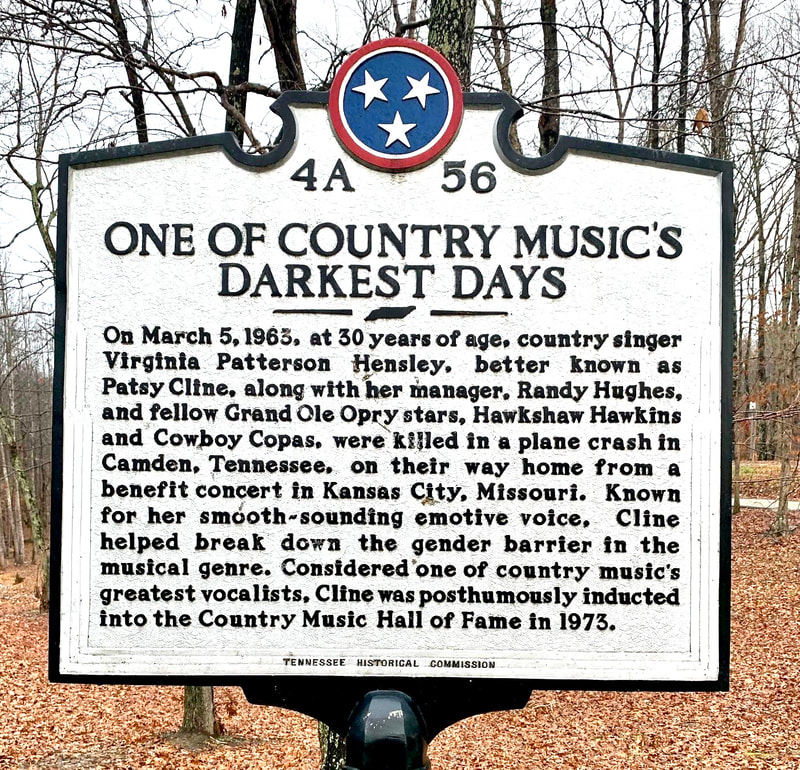 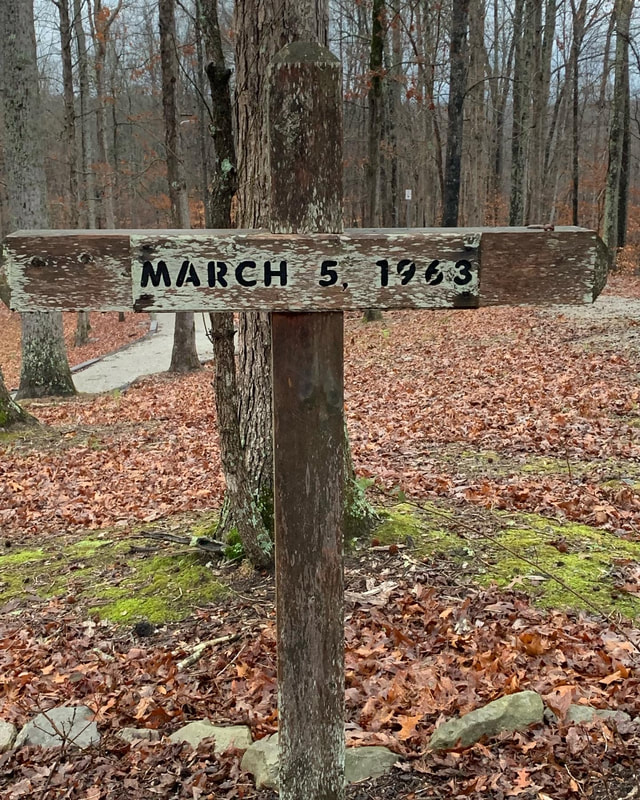 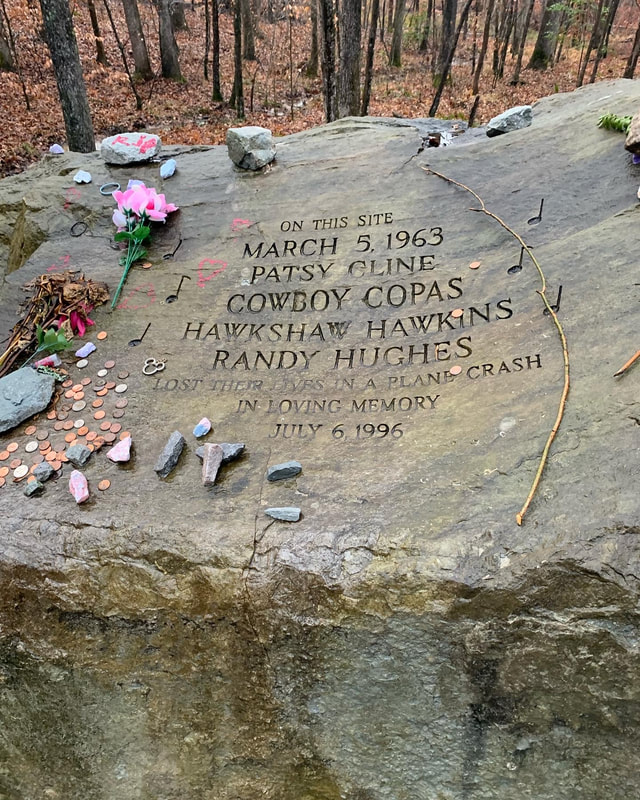 Recently I visited the site where stars Patsy Cline, Hawkshaw Hawkins, Cowboy Copas and Randy Hughes lost their lives in a plane crash on March 5, 1963 just outside of Camden, Tennessee.​

Below is the video of the spirit box session.  I did feel something was trying to push through but I could not make out what was said.  However, I did sense something come up behind me and at the same time, water started dropping from trees but only from the trees directly behind me which was unusual.  Check it out below and message us to let us know what you think.
​The below evidence includes EVP, photos, videos and interesting sessions using the spirit box.
​
Notable EVP
You can view the video of this below.  When doing the spirit box session, our receiver (see below) responds to the question, "Is there anything evil with you".  After listening to the digital voice recorder, we pick up another voice responding just before our receiver replies with, "Yes".
After Auston gave permission to be touched, we picked up a distinct voice.  Although we cannot make out what it is saying, it sounds frustrated and you can hear a distinct thud.  Soon after we picked up a breath.  See photo below of physical evidence of this event.
While conducting an EVP session we were able to get the entity to turn on a flashlight.  After the light turned the digital recorder picked up this growl.
After asking if the entity needed help passing on, we get a response.
This nugget was almost missed.  When listening to the audio amplified we pick up a distinct name.
A voice can be heard at the beginning but we could not make out what it was saying.
You can hear a sigh followed by a male voice saying, "Alright".
​
​Photographic Evidence 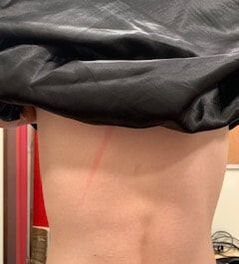 Be careful what you wish for.
Auston gave permission to be touched.  He suddenly felt chills and within seconds a bright red mark appeared on this back in the exact spot he felt cold.  Above is the EVP of that moment.  You will hear a garbled sentence followed by breathing.  The voice appears to be frustrated or anxious.
​ 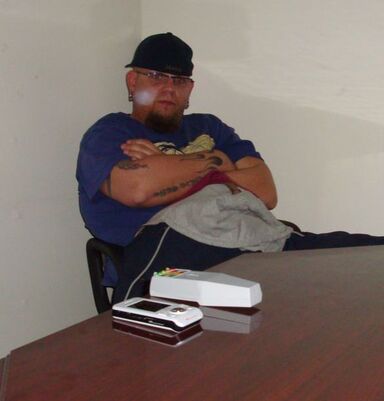 While investigating a 140 year old jail on a military installation, our investigator reported feeling a cold spot on his face.  After snapping several consecutive photos, this one photo in the series revealed this unusual anomaly in the spot where he felt the cold spot.

Video Evidence
Below are videos using the spirit box.  In order to avoid audio pareidolia, we utilize the Estes Method.  One person is selected to be the 'receiver' and will listen to the static and white noise on the SB7 spirit box with noise-reduction headphones while blindfolded.  This isolates the senses and the sensory-deprived individual cannot hear the questions asked, the communication between the other team members or any activity happening during the session.  While listening to the white noise, the receiver will focus on words, sentences, feelings and images and communicates them out loud.  At the same time other team members (the senders) will ask questions and attempt to communicate with the entity present.  What we heard are direct responses to questions between the team members and the sensory-deprived individual.

Other Video Evidence
During a residential investigation, we got direct responses to questions when prompting for the flashlight to be turned on and off.